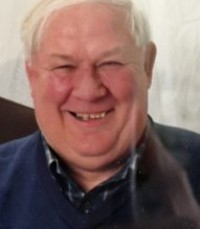 Jerry Downs, beloved husband, father, grandfather, brother, uncle, and friend, passed away peacefully at the age of 74 on March 14, 2021. Born and raised in Hazelton and Paul, Jerry graduated from Minico High School and attended Ricks College, Idaho State University, and College of Southern Idaho. During his childhood, Jerry spent many happy hours in his Grandma Grace’s cafe where he developed his natural talents as a chef and manager. During his long culinary career he managed many restaurants including Baby Doe’s Matchless Mine, Mrs. Field’s Cookies, and J.B.’s Big Boy, as well as serving as Northwest area Regional Manager for IHOP. Among his satisfied customers were Walt Disney and the Utah Jazz basketball team. Jerry married the love of his life, Diane Dalley, in 1966, and they created five beautiful children. Jerry’s work took the growing Downs family to many cities and states, including Olathe, KN, where he often took his kids to Kansas City Royals and Kansas City Chiefs games. In addition to his culinary skills, Jerry also loved working on cars and was proud of the fact that he built his 1978 Chevy pickup from scratch. During Jerry’s retirement years, he, Diane, and their dogs, Lilly, Mitzi, and Studley, had fun traveling in their RV to Oregon, California, Arizona, North Dakota and Wisconsin.

Jerry’s heart was as big as his smile and he gave back to the community in many ways. He cooked wonderful meals for the Silver and Gold Adult Center in Eden, and was a proud member of the Hazelton Lion’s Club. After the mayor of Hazelton was deployed, Jerry served as Mayor pro tem in his absence. When July 4th rolled around Jerry could be found flipping pancakes at the fire station breakfast, and later in the evening, people flocked to his booth at the Hazelton Celebration to grab one of his special homemade ice cream sandwiches. At Christmas Jerry often volunteered as Santa Claus, a perfect role for a man with a white beard, twinkling blue eyes, and a caring heart. He will be deeply missed.

Jerry was preceded in death by his parents, Stelvin and Maxine Downs, and his sons, Brody Benjamin and Tymon. He is survived by his wife, Diane; his children, Marcia, Peter, and Brittany; his grandsons, Brody Michael and Oliver; and his brothers, Stelvin and Tim.

In keeping with Jerry’s wishes, no formal services are scheduled. Cremation services are under the direction of Morrison Funeral Home, 188 South Hwy 24 in Rupert.

From: Maxine Stephenson
Dear Diane sorry to see that you husband passed and this is very late SINCE THE PASSING was a month ago . HE MIST OF BEEN A SPECIAL MAN WITH MANY TALENTS AND GOOD COOKING SKILLS, HUGS AND LOVE TO YOU AND YOUR FAMILY

From: Catherine N Ingalls
Dear Diane, you are in my thoughts & Prayers,.. sorry this is so late, but the same day as jerry, i also lost my husband...School was never dull when jerry was in our class....hugs dear friend..